Another of my posts I put on Neighbourly has just been deleted (put on hold so that no one can see it) .

It seems all this started when someone commented or complained about the number of new posts a Lead was starting on the same subject.

What was this subject?

Maybe one of the “ism”s, maybe racism or sexism or …

No, this subject was far more sinister than that.

I hope no one on Neighbourly suffers from Ailurophobia.

Here is one member’s comment/ reply (posted with her approval): 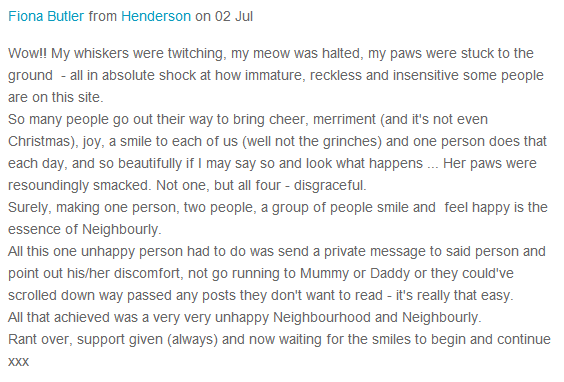 But this is just the tip of the iceberg.

Apparently Neighbourly is not the type of social site where entertainment or fun are allowed!

Humour is far too personal to be used on Neighbourly 🙁

Many Leads are struggling to get any form of engagement within their suburbs.

This will become even harder without humour.

Two Leads have already been sacked (in different years) by Neighbourly for using humour and trying to make a difference. Both live in Titirangi. See my posts about Robyn.

An email message sent to me today from Neighbourly reads: 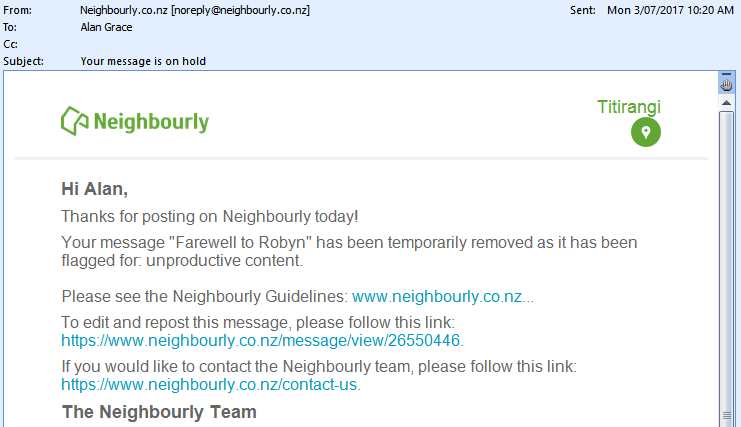 Here’s the text again in case it’s too small to read:

Surely a post that is supportive and the replies entertaining is not unproductive?

I attempted to funnel all cat replies into one post so that members who are not interested could just scroll by (only the bottom few replies are listed for each post). This was quite successful.

When I was a Lead, One of my posts had the following heading:

Sadly, my hopes are diminishing 🙁

Oops … Did I forget to mention Fun Police?

Fairfax Media owns 45% of Neighbourly. You would think the Fourth estate would allow more freedom of expression. See:
http://www.radionz.co.nz/national/programmes/mediawatch/audio/201802081/the-papers-in-your-neighbourhood

Maybe Neighbourly will accept this?

I have just made another edit:

Let’s see if Neighbourly will accept this.

Personally I cannot see how the original content was unproductive.

One member has mentioned McCarthyism to me. See: https://en.wikipedia.org/wiki/McCarthyism 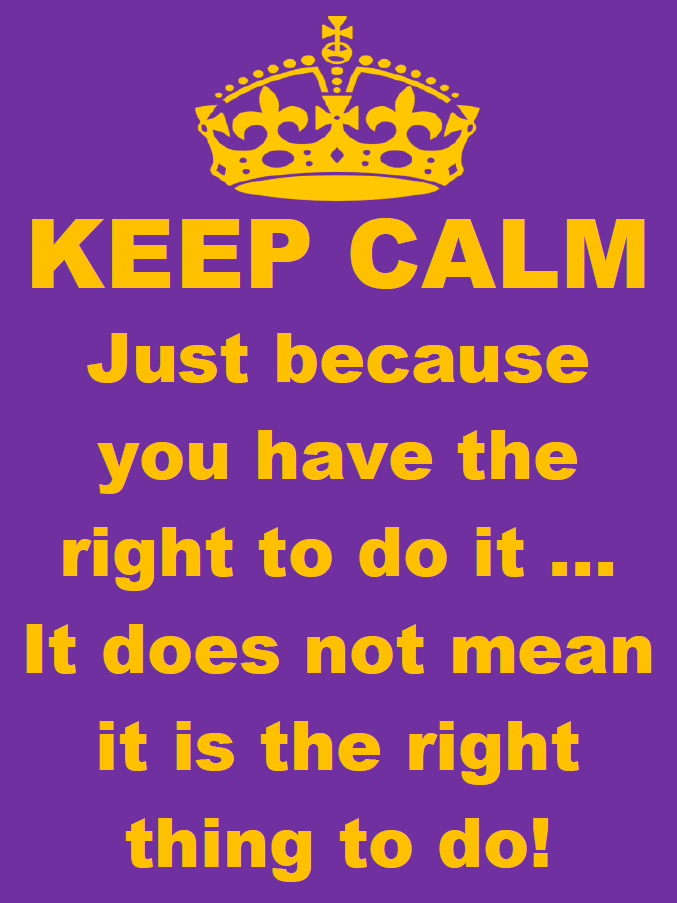 I have just got a message for Neighbourly:

My message has been approved but it is no longer live.

I keep getting the message:

Anyway I have sent an email message to the Neighbourly Helpdesk (I tried to phone them but they no longer answer the phone).

I have never received a response from Neighbourly 🙁

Help grow this new site I'd quite like you to know Tho I might dreamlike show All best posts now Pl ...