This year the New Zealand NCEA Level 1 Maths exam (usually sat in Year 11) was claimed to be too tough.

Can you answer the question below (with kite GBDE)?

Today or tomorrow I will put a solution at the bottom of this page. 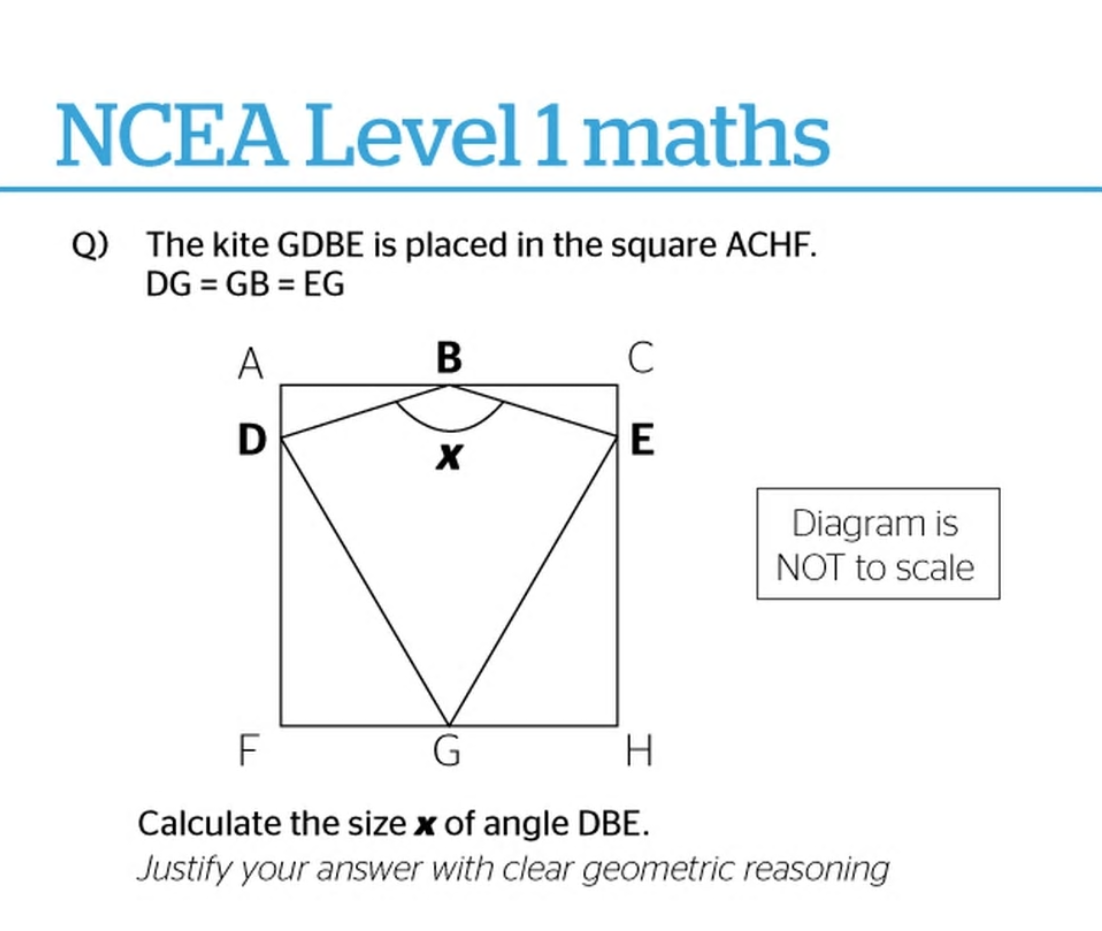 The new Education Minister has ordered an investigation into a bizarre end-of-year maths exam that reduced even star students to tears. The NCEA Level 1 maths exam was held across the country on Monday. But bright-eyed pupils who entered hoping to gain excellence grades left the room fearing they would be graded a “not achieved”.

The Herald has been inundated with complaints from parents and students who feared their academic futures had been placed in jeopardy.

Teachers graded the exam a fail and were yesterday drafting an open letter of complaint to the NZ Qualifications Authority and the Ministry of Education, giving critical analysis of the three papers deemed too tough.

All three — Tables, Equations and Graphs, Geometric Reasoning and Chance and Data — have come in for criticism. However the NZQA is standing by the test.

Education Minister Chris Hipkins has ordered a full report on the maths exam, telling the Herald he was concerned it was “not the first time” a maths exam had hit trouble.

It’s the second year running in which NCEA Level 1 maths has been criticised for being too difficult.

High-achieving Kapiti College student Maria Dussler said the exam was “a waste of student potential and a huge disappointment”.

“It was impossible to work out what the questions wanted, and even after you spent precious time working them out, what they wanted was often entirely new concepts.”

Another student who said he was “an all excellence student with a 100 per cent grade point average for all subjects” described the exam as “incomprehensible in parts”. ….

“In some cases calculations were impossible given the lack of information. In others, there were questions not covered in the syllabus,” he wrote.

One said the exam required knowledge of concepts like quadratic equations which are not taught until Level 2.

Maths teacher Jake Wills, who is collecting comments from other teachers for the letter to NZQA, said the issues were not “super major”.

“It’s not like the issues we had last year where one of the questions was impossible, but for a national exam you would expect better,” he said.

The letter has been signed so far by 22 maths teachers, mostly heads of maths departments. Four others have said they will sign it once a final version is agreed.

“The idea behind this is not to bash NZQA,” Wills said. “We want good exams.”

NZQA deputy chief executive Kristine Kilkelly said the authority was still “confident in the quality of the Level 1 Mathematics examination”. “All NCEA assessments are aligned to the standard and the NZ Curriculum,” she said.

“Students may find some questions in examinations more difficult than others, especially those parts of the question aimed at excellence. Parts of the examination will be challenging, but students often do better than they expect.” 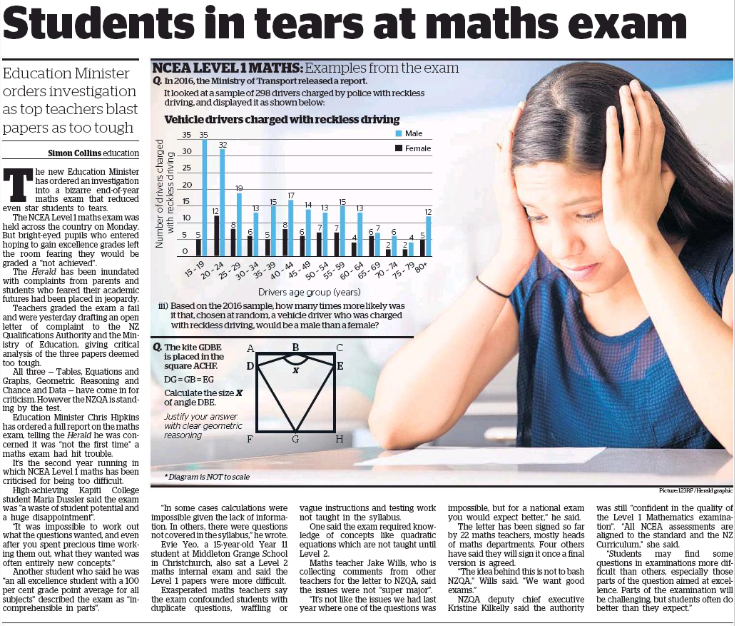 For all posts before April 2022 see: covidodyssey.wordpress.com